As a kid, I spent every summer at my grandmother's beach house in Sweden. With my aunt and uncle and cousins, it was a tight squeeze in that two and a half bedroom house. Not exactly my idea of vacation now, but piling into tiny beach homes is a Swedish summer tradition, so that's what we did. Luckily my grandmother had a little apartment in town as well, so we made our own tradition, just her and I. When it rained, which was often, just the two of us would get into her powder blue VW bug and speed off into town. We'd eat cookies in front of the TV and watch Mary Poppins over and over again.

The traditions I grew up with are ingrained in me through the stories I've told myself about them. Some stories are bitter, and some are sweet, and they always come up around the holidays.

Over the years my husband and I have created our own traditions for our children. He has his ideas around what makes happy memories, and I have mine. In our attempt to let each of us pass on our favorite traditions, we often end up with an overflow of gifts for our children. Each year, it's bothered us, but each year we've done the same thing. This year, we are ready to create some new traditions. Traditions that revolve more around family, friends and enjoying nature than just the usual gifts and Christmas trinkets.

Which brings me to what we prioritize. This year, holiday retail sales in the US are estimated to be between $678.75 billion and $682 billion, according to the National Retail Federation. Add in the spending from Halloween ($9.1 billion), Mothers Day ($23.6 billion), Fathers Day ($15.5 billion) and Easter (18.4 billion) and it adds up to about $750 billion.

$750 billion is a significant number because that's about how much the world currently invests in low-emissions technology each year according to The Energy 202: Clean Energy Investment Needs to Triple to Halt Catastrophic Warming. That amount needs to triple to keep the planet within the 2 degree Celsius plan according to a report cited in the article.

To put that number into perspective, Americans spend about the same amount of money on holiday gifts as the whole world does on investing in low-emissions technology. That's a lot of money.

“In the first half of the decade, private institutional investors — which include pension, mutual and sovereign wealth funds alongside billionaires — invested a total of $3.4 trillion in the world economy per year, the analysis found. That means at current investment levels, two out of every three dollars invested per year would need to go toward clean energy to halt catastrophic warming — a tall order for which investors seem to have little appetite,” according to that WSJ article.

Yikes! That's not good. But it's also a matter of prioritization.

The world spends over 100 billion dollars on bottled water each year according to TheWaterProject.org. Americans alone spend $38 billion in storage and warehousing for all their excess stuff each year according to IBISWorld.com. People in the United States and the European Union spent about 12 billion per year on perfume according to WorldWatch.org. I could go on and on.

It All Adds Up

“A billion here, a billion there, and pretty soon you're talking about real money,” a former Senator named Everett Dirksen is often quoted as saying (I've read he never actually said it).


So yes, tripling the amount we need to spend on low-emissions technology is a lot, but it's more a case of choices than finances. Each year there’s a frenzy of holiday sales and shopping and gift-wrapping. The cost doesn’t hold us back because we’ve been told a story about what makes a holiday special. It’s about presents under the tree and scary costumes on Halloween. We have a story about our stuff. It's emotional. As rational as I think I am, my financial decisions don't always reflect my values or long-term goals. If they did I'd be a whole lot wealthier.

Behind Every Purchase, There's a Story

The story I tell about Christmas goes something like this. When I was little both my grandmothers would come from Sweden for the holidays. They brought Swedish chocolate and nuts, and we played checkers and watched Disney movies.

My grandma Elsa gave me a book each year and a plain envelope that contained a deposit receipt for a savings account. It was our tradition for 37 years. I didn’t touch that money until my husband, and I bought our first house. With those gifts, I created two stories about myself.

The first story is that I am a reader just like grandma Elsa was. I’d rather spend an afternoon reading than shopping, just like her. Second, I am a saver. I see more value in money in my bank account than in a bunch of stuff. She created those stories with her gifts and her Christmas tradition.

Those are the kinds of stories I want my children to tell themselves. My kids are still little, and they are so excited for Christmas already. They will get plenty of gifts from their grandmothers and aunts and uncles. That’s part of the childhood magic that I’m not willing to deny them. Santa will bring them something fun too. But I want the gifts my husband, and I give them to tell a story about what we want for their futures. We want to start traditions that teach them the value of saving and investing in their future, not just about getting a bunch of stuff.

We Create The Story About What We Value

Knowing that the world spends about the same amount of money investing in low-emissions technlogy as Americans do on holiday gifts shifts the story for me about what we value. Yes, the world needs to triple that $750 billion investment in order to keep temperatures within two degrees Celsius. That is a tall order, but what if we consciously shifted our stories away from buying stuff that loses value the minute we open it to investing in our children's futures. What kind of world could we create if we raised the next generation to value investing more than shopping?

Powder blue bugs will always be a vessel that carries memories for me, but that car isn’t what matters. What matters is what I tell myself about it. I'm re-writing my own stories for my children's sake. I want them to know that some things do have value. Some stuff is important. But what's most important is that they know their parents are making choices that will lift them up for years to come, not just for one holiday at a time.

I'm wondering which traditions and stories you're willing to change for our children's futures? Post your answers below. I'm so excited to read what you say! 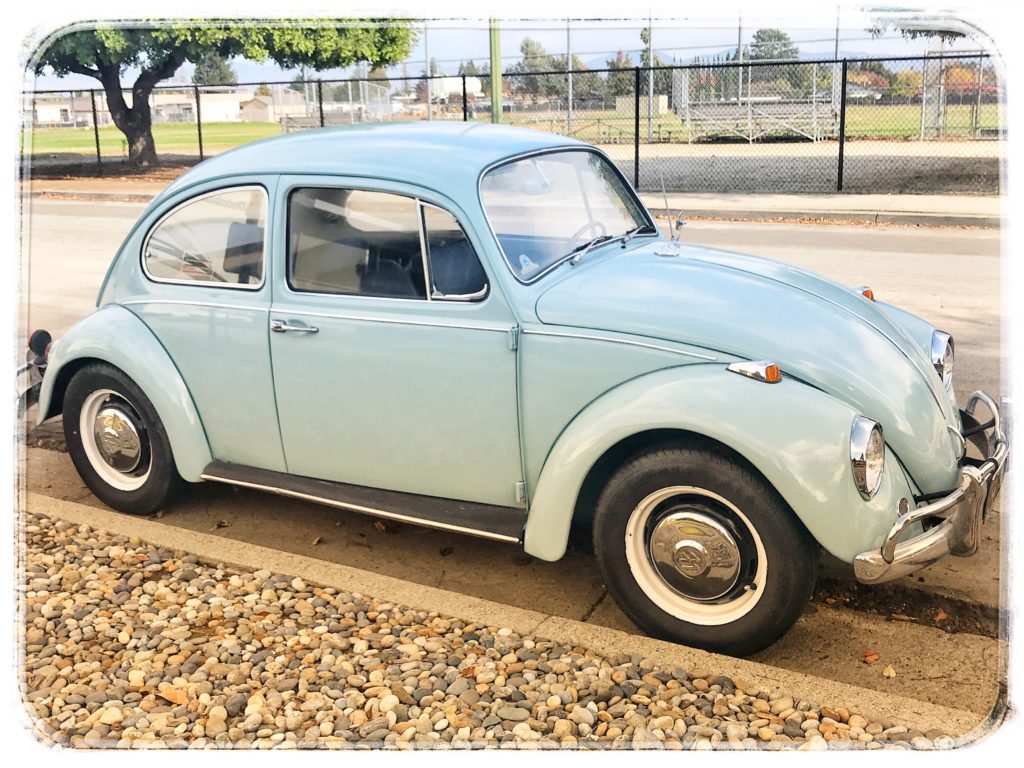 Article Name
A Good Time To Start New Traditions
Description
The world needs to triple its yearly investment in low-emissions technology and to do that we need to shift our priorities and create new traditions.
Author
Rebecca Kimber
Publisher Name
EarthyB.com