DDT saved millions of lives, eradicated malaria in the United States, and started an environmental movement.

There’s a lot to this one controversial pesticide. Some paint the picture of a toxic chemical that’s only caused harm. The World Health Organization says it’s still the best tool in the fight against malaria. So is it toxic, or does it save lives? I’ll go with both.

First things first, what is DDT?

DDT (dichloro-diphenyl-trichloroethane) is a synthetic insecticide.

Next, a bit of history

Paul Hermann Müller discovered DDT’s value as an insecticide. He received the patent for it in 1940. 1 As the worlds first synthetic insecticide, it was seen as a modern miracle. Müller won the Nobel Prize in Physiology/Medicine “for his discovery of the high efficiency of DDT as a contact poison against several arthropods” in 1948. 2

What was DDT used for?

Products containing DDT were marketed to kill everything from lice to mosquitos, house-flies, and fleas in the early 1940’s. Advertisements show women spraying it on walls and furniture inside their homes.

DDT was also used by the U.S. government to kill mosquitos spreading malaria and typhus, and by 1949, malaria was eliminated in the U.S.3

Why was DDT banned?

In 1962, Silent Spring by Rachel Carson became a best seller. Carson, a marine biologist with the U.S. Fish and Wildlife Service, explained the health and environmental effects of pesticides and devoted a lot of pages to DDT. The book caused a public outrage that’s credited with starting the modern environmental movement. It eventually led to the EPA banning DDT in 1972 due to long-term health effects on the environment, especially to birds.4

Although it was banned in most countries during the 1970’s, some countries continued to use it. It was sprayed on indoor walls to prevent malaria, but also as a pesticide in agriculture.

In 2004, an international treaty called the Stockholm convention on persistent organic pollutants (POPs) went into effect restricting the use of DDT in most countries. It allowed DDT to be used for mosquito control in countries with high rates of malaria.5

“DDT is still needed today because investment to develop alternatives over the past 30 years has been grossly inadequate,” according to the World Health Organization.6 “DDT is still needed and used for disease vector control simply because there is no alternative of both equivalent efficacy and operational feasibility, especially for high-transmission areas.”

What are the health effects of DDT on humans?

How are we exposed to DDT today?

Residual DDT in food is the biggest risk to us in the United States today. Up to 50% of DDT can stay in the soil for 10-15 years after application. DDT residues can still be found everywhere in the world.10

That’s it for today’s history lesson. I hope next time you hear a pundit talk about DDT you’ll remember this story. Not because it’s the best story, but because some issues are complicated. Important ideas require that we zoom out to get the full view.

I’m also using this story as a reference for a series of articles I’ll release in the next few weeks. Here’s a sneak peek:

What about today’s mosquito repellents and bug sprays? You might have heard of DEET. It sounds a lot like DDT, but is DEET Safe?

Lice: How to get over it and get rid of them safely

Lice are gross and annoying but don’t freak out if they show up on your kid. Dealing with them is almost a right of passage for parents with young children. Today the treatments on the market are a lot safer than the DDT parents used in the 1940’s. But among today’s choices, some are safer and more effective than others. I’ll give you the data and the details, shame-free.

Malaria, Mosquitos and Why Child Survival Is The New Green

Malaria killed more than 400,000 people in 2015, 70% children. This is devastating for victims families and the world. I’ll share why this matters to you, and some things we can do about it.

We’re not spraying our kids or food with DDT anymore, but people still suffer from its consequences decades later.

I write about circular economy products and clean living. Today our economy is linear. We buy products and then we throw them away. In a circular economy, everything stays inside a loop, and nothing is wasted. This requires a systemic change, but we need conscious consumers like you to help it along. This is where I come in. I introduce to you the products that are better for us and the planet. I hope you'll join me on this journey. I'm an affiliate so if you buy a product you find here, I may receive a commission at no cost to you.
View all posts 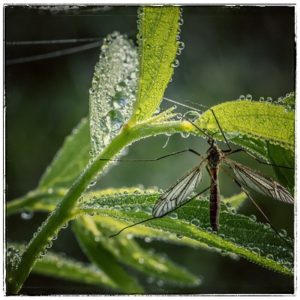 Article Name
DDT: The insecticide that started a revolution
Description
A brief history of DDT and its consequences. Answers to questions about why DDT was banned, and why it's still used in some countries today.
Author
Rebecca Kimber
Publisher Name
EarthyB.com
Publisher Logo 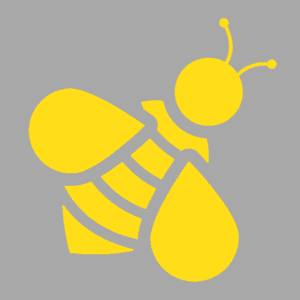