Sex. There, I said it. Made you blush.

Shame. Feeling a little squirmy now, huh? I get it. Shame is the emotion we all want to run from.

“That girl's slept with every guy in town. Shame,” that’s from the Urban Dictionary under the word “shame.”

But when women ask for affordable birth control to be available through private insurance or publicly funded family planning services, we're the ones sure to be shamed.

Before I say a word about population growth or birth control, let me say this. Have as many kids as you like. Live your life as you want and stay out of my bedroom.

With that said, people are multiplying, and it does have an impact on the environment.

In 1804, the world population hit 1 billion people for the first time in history.

We now live in a world that needs to support 7.5 billion people.

The world’s poorest countries (developing countries) have the highest growth rate at around 2.2%. The world’s richest countries have a yearly growth rate below 0.3%. Education and modern contraception have a lot to do with the developed world's lower growth rate, but we're still on track for 10 billion people in this world by 2056 according to worldometers.info.

That's a lot of pressure on the earth. A lot of mouths to feed and body’s to clothe. All of which requires energy and raw materials. Which is why the best-selling book Drawdown – The Most Comprehensive Plan Ever Proposed to Reverse Global Warming

ranks family planning as the 7th most impactful way to reduce CO2 emissions.

So why are we still fighting to keep public funding for family planning services like Planned Parenthood?

It’s Not About The Money

“Analysis shows that taxpayers spend more than $12 billion each year on unintended pregnancies,” according to Brookings.edu. “Over the long run, reductions in unintended pregnancy and childbearing lead to increased educational attainment and higher labor-force participation rates among women and to lower crime rates and better academic, economic, and health outcomes among the affected birth cohorts.”

It’s Not About Birth Control or Even Abortion

The Bible doesn't say anything about using birth control (it wasn't available back in the day). Some might argue that birth control funding comes down to morals, but married women use family planning services too.

Even 89% of Catholic women use birth control.

Then there's the anti-abortion argument. However, more access to birth control leads to fewer abortions. Of the six million pregnancies each year in the US, about 43% will end in abortion. If the discussion were really about abortion, then birth control would be seen as a solution, not a problem.

Plus, federal funds can't be used to pay for abortions.

So what's the real reason against birth control?

Remember the Rush Limbaugh, Sandra Fluke thing? Fluke testified before Congress in 2012 arguing that birth control should be available without co-pays, even at her Catholic University.

Here’s what Limbaugh had to say about her back then.

“So, Ms. Fluke and the rest of you feminazis, here's the deal. If we are going to pay for your contraceptives, and thus pay for you to have sex, we want something for it, and I'll tell you what it is. We want you to post the videos online so we can all watch.” (He later apologized for these statements.)

He wasn't attacking her argument for affordable birth control. He attacked who she is as a person. Her character. He shamed her for being a woman who has sex.

Shame is an easy way to control people. It keeps us quiet.

“Shame is the intensely painful feeling or experience of believing that we are flawed and therefore unworthy of love and belonging,” according to Brene Brown, researcher, and author.

So why are some powerful men so insistent on keeping birth control away from women?

Without birth control, women stay perpetually pregnant and tending children. Too busy to grow in our careers. Too busy for positions of power.

Something called social dominance theory says all people either lean toward traditional hierarchy in society (men have more power than women) or toward group-based equality (men and women have equal power). Universal access to birth control shifts the access of power toward a more equal society, and that's a threat to how the world is currently run.

As long as women know that speaking up about birth control as a human right has the potential to backfire into a shame attack like the one on Fluke, the safe thing to do is to stay quiet. Especially for women like me who are securely established in traditional suburban communities and don't need free birth control from the government. It's hard to put yourself on the line when you know your character could be attacked. No one wants to be shamed.

Shame thrives in the quiet but shrinks when it's spoken according to Brown. Shaming women for doing exactly the same thing men do keeps us all quiet, and we need everyone to feel free to speak up for what's right, without fearing a character attack.

If we want to do something to put a dent in global warming, we need to do more than just talk about solar panels and recycling. Men and women alike need to stand up for birth control and women's rights.

The Better Reconciliation Act (the health care bill going through Congress to replace Obamacare) would cut funding to Planned Parenthood, resulting in thousands of unintended births per year.

No matter how you feel about the healthcare bill or abortion, stand up for Planned Parenthood if you care about our environment. 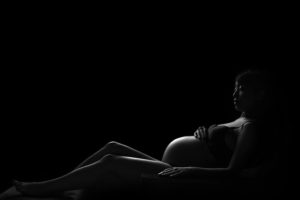