I was searching my phone for pictures of Natural Bridges State Park when I realized the word “state park” pulls up hundreds of photos my hubby and I have taken. I searched for “national parks” and “state beaches,” and there were hundreds more. Going through old pictures, and compiling this timeline, gave me a new perspective on all the places I take for granted every weekend and vacation. Each place was protected by someone on purpose.

This timeline might seem a little choppy. What does the world population have to do with oil spills or the national parks movement? They’re not directly related, but I hope you’ll see the correlation. The disasters happen in parallel with the protections. Global warming is happening alongside the greatest inventions. It’s all related. So here’s a historical timeline of environmental protections, disasters, and the industrial revolution. From my perspective.

I believe that the more you know about the past, the better you are prepared for the future. ~ President Theodore Roosevelt

– The industrial revolution begins in England.

1804 – The world population reaches one billion.

1884 – The worlds first skyscraper is built in Chicago.

1892 – John Muir becomes the first president of the Sierra Club.

Climb the mountains and get their good tidings. Nature’s peace will flow into you as sunshine into trees. ~ John Muir


We have become great because of the lavish use of our resources. But the time has come to inquire seriously what will happen when our forests are gone, when the coal, the iron, the oil, and the gas are exhausted, when the soils have still further impoverished and washed into the streams, polluting the rivers, denuding the fields and obstructing navigation. ~ President Theodore Roosevelt

Of what avail are forty freedoms without a blank spot on the map? ~ Aldo Leopold

Life is your art. An open, aware heart is your camera. A oneness with your world is your film. Your bright eyes and easy smile is your museum. ~ Ansel Adams

1961 – The Maasai Mara National Reserve is established in Kenya.

paints a frightening picture of the fast and dangerous rise of industrial chemicals and pesticides in our food, homes, and bodies.

If we are going to live so intimately with these chemicals eating and drinking them, taking them into the very marrow of our bones – we had better know something about their nature and their power. ~ Rachel Carson

1963 – National Geographic publishes “My Life Among the Wild Chimpanzees” by Jane Goodall.

The greatest danger to our future is apathy. ~ Jane Goodall

1970 – The Environmental Protection Agency is created.

I have become further convinced that the 1970’s absolutely must be the years when America pays its debt to the past by reclaiming the purity of its air, its waters, and our living environment. It is literally now or never. ~ President Richard Nixon

1986 – Major nuclear plant disaster in Chernobyl (in the former USSR).

1987 – Our Common Future becomes “a global agenda for change” for the United Nations.

The “environment” is where we all live; and “development” is what we all do in attempting to improve our lot within that abode. The two are inseparable. ~ Gro Harlem Brundtland, Our Common Future

1987 – The Montreal Protocol is created to phase out ozone-depleting substances such as chlorofluorocarbons (CFC’s). CFC’s were used as coolants (aka Freon) in refrigerators and air conditioners and propellants in aerosol cans. The protocol is credited with significantly reducing the hole in the ozone layer.

The Montreal protocol is a model of cooperation. It is a product of the recognition and international consensus that ozone depletion is a global problem, both in terms of its causes and its effects. ~ Ronald Reagan, Statement on Signing the Montreal Protocol on Ozone-Depleting Substances

1989 – The Exxon Valdez Oil Spill released 11 million gallons of oil off the coast of Alaska.

1997 – Kyoto Protocol discussions begin to control and reduce greenhouse gases. The US and China do not sign on.

is published. It’s the best book on how to create a green industrial revolution if you ask me.

2004 – The Nobel Peace Prize goes to Wangari Maathai for her work on sustainable development, democracy and peace in Africa.

Protecting and restoring the environment contributes to peace; it is peace work. ~ Wangari Maathai

2010 – The Deepwater Horizon spills 200 million gallons of oil into the Gulf of Mexico.

Our work, here and now, gave future generations cleaner air, and cleaner water, and a more sustainable planet. And what could be more important than that? ~ President Barack Obama’s Statement on the Paris Climate Agreement

This page is being updated. Thank you for your interest in this topic. We are currently updating our website to reflect EPA’s priorities under the leadership of President Trump and Administrator Pruitt. ~ Former EPA.gov page about climate change.

We need to revise our economic thinking to give full value to our natural resources. This revised economics will stabilize both the theory and the practice of free-market capitalism. ~ Paul Hawken, author of Drawdown.

That’s It, For Now

History never stops, so this is a living document. I’ll keep adding to it. If there’s an important event or person I missed, please post in the comments section, and I’ll update it.

The point in history at which we stand is full of promise and danger. The world will either move forward toward unity and widely shared prosperity – or it will move apart. ~ President Franklin D. Roosevelt

I write about circular economy products and clean living. Today our economy is linear. We buy products and then we throw them away. In a circular economy, everything stays inside a loop, and nothing is wasted. This requires a systemic change, but we need conscious consumers like you to help it along. This is where I come in. I introduce to you the products that are better for us and the planet. I hope you'll join me on this journey. I'm an affiliate so if you buy a product you find here, I may receive a commission at no cost to you.
View all posts
Summary 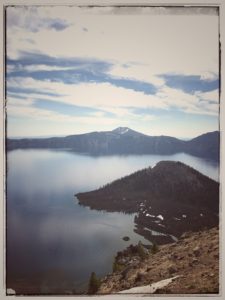