There’s been a lot of news this month about climate change and carbon pricing, so I thought I’d take a quick stab at explaining how a carbon tax could slow global warming and simplify the climate change debate. We can look at the climate change solutions as complicated sciency stuff (which it is), or we can break it down to dollars and cents instead. That’s what Nordhaus did.

“The economics of climate change is straightforward. Virtually everything we do involves, directly or indirectly, the combustion of fossil fuels, which results in emissions of carbon dioxide (CO2) into the atmosphere,” Nordhaus explains in The Climate Casino. “The problem is that those who produce the emissions do not pay for that privilege, and those who are harmed are not compensated.”

A Carbon Tax or Cap & Trade

Enter carbon pricing, either through cap and trade or a carbon tax.

The World Bank explains it like this, “Carbon pricing is an instrument that captures the external costs of greenhouse gas (GHG) emissions—the costs of emissions that the public pays for, such as damage to crops, health care costs from heat waves and droughts, and loss of property from flooding and sea level rise—and ties them to their sources through a price, usually in the form of a price on the carbon dioxide (CO2) emitted.” 1

Carbon pricing can be done through cap and trade (that’s what we have in California) or through a carbon tax. A carbon tax or fee puts a tax on greenhouse gas emissions. It’s that simple. The revenue from the tax could pay for research and development of renewable energy, and/or the money would be given back to the taxpayers through tax credits of some sort.

The Climate Citizens Lobby and The Conservative Case For Carbon Dividends both suggest a carbon fee/tax, then giving the revenue back to citizens in the form of a dividend.

Who pays the Carbon tax?

In the end, the consumer always pays. Up front, Nordhaus suggests the oil refineries pay the carbon tax for gas and oil and power plants would pay for coal. But he also makes the point clear that who pays up front does not matter. The consumer will pay in the form of higher prices on products and gasoline at the register. That’s unavoidable.

This is why it’s a hard sell for politician and voters. It’s hard to swallow higher prices.

However, a price on carbon also creates incentives. First, for consumers to buy from companies using energy more efficiently (because their prices will be lower.) Second, for producers to use more renewable energy and less carbon intense energy. Third, it creates incentives for innovators and to develop new, energy-efficient products. With or without a carbon tax I see companies going in that direction. I started EarthyB to connect companies already making better products with consumers like you who care. But to put a real dent in climate change, the price of carbon has to be global.

A global price on carbon makes it easier to make good choices. If you’ve ever looked at suggestions made by environmentalists, you may have seen a carbon footprint calculator. It calculates carbon based on activities such as flying, driving, buying meat versus lettuce. That’s helpful if you care a lot about the environment and you’re willing to adjust your plans based on the environmentally right thing to do. Or, you look at the carbon calculator, realize your entire life revolves around carbon-heavy activities and products and throw your hands in the air. Why bother?

This is not a character flaw. It’s a pricing flaw.

Fly vs. drive? Local apples vs. apples shipped from Chile? Include the cost of carbon to keep it simple. Nordhaus explains, “We would not know how much of the price is due to the carbon content, but we would not need to care.”

Carbon Pricing Around The World 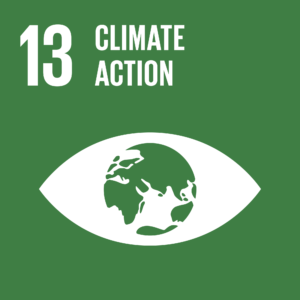 Several countries already tax carbon or have a plan to implement carbon pricing soon. 2 Canada passed a carbon tax last week.3 Washington State has a carbon tax on the ballot this fall. 4California has a carbon cap and trade program in place.

Which leads me to one final point made by Nordhaus.

“An effective policy must necessarily be global in scope,” Nordhaus wrote. “Countries have strong incentives to free ride on the efforts of others because emissions reductions are local and costly while the benefits are diffuse and distant over space and time. An effective global arrangement will need an effective mechanism to encourage participation and discourage free riding.”

There’s high confidence that global warming will hit 1.5°C between 2030 and 2052 if we don’t do something to stop it, according to an Intergovernmental Panel on Climate Change report released this month.5 That means more sea level rise, temperature changes and the economic impact of adjusting.

2030 seems like a long time from now, but my kids will still be in high school and college then. The days go slow but the years go fast. So I added a little ticker to the right-hand side of the site. It counts down the days, minutes, hours, seconds to 2030. As of today, we have 11 years and a few months to get climate change under control. Tick tock. No pressure 😉

(Note: One of these days I’ll figure out how to add years to the ticker. For now, this WordPress plugin will have to do.)

More About Putting A Price on Carbon

If you’re interested in learning more about carbon pricing, there’s a great article called Ten Myths About Climate Change Policy that answers most questions. It’s by Christine Lagarde, the managing director of the International Monetary Fund.

“We at the Fund believe that carbon pricing – essentially charging fossil fuels for their carbon content – needs to be the centerpiece of mitigation efforts,” she said.

You can see the Dynamic Integrated Climate-Economy model (DICE) that Nordhaus won the Nobel Prize for on his website.

I write about circular economy products and clean living. Today our economy is linear. We buy products and then we throw them away. In a circular economy, everything stays inside a loop, and nothing is wasted. This requires a systemic change, but we need conscious consumers like you to help it along. This is where I come in. I introduce to you the products that are better for us and the planet. I hope you'll join me on this journey. I'm an affiliate so if you buy a product you find here, I may receive a commission at no cost to you.
View all posts