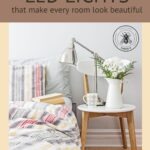 I’ve clearly lived in San Jose for too long. I can turn the LED light in my bedroom on and off from an app on my iPhone. Then I can choose from millions of colors (hours of entertainment.) When my dog is home alone, I turn the light on for her, so she doesn’t get scared in the dark. Did I mention the light cost $49, and I still think it’s totally worth it? See. San Jose. Too long. But I do have a lot of experience with sustainable lighting by now.

I know a $49 light sounds ridiculous, but I also have a favorite $4 LED light bulb, which I’ll write more about as well. But first, let me explain why this matters to the environmental movement.

If every American home replaced their five most frequently used light fixtures or the bulbs in them with LED bulbs that have earned the Energy Star, we would prevent greenhouse gases equivalent to the emissions from nearly 6 million cars."

So getting everyone to replace traditional incandescent light bulbs with LED light bulbs falls under the Global Goal of clean and affordable energy, and the target of doubling the global rate of improvement in energy efficiency by 2030.

The problem with some LED lights

If you're like me, you might be thinking, "that’s all well and great for the environment, but LED light bulbs suck. They flicker, it takes time for the light to turn on, the color is bad, and they're too bright." Am I right?

Before I found my favorite $4 and $49 LED light bulbs, I thought I had to sacrifice good light for the planet. Indeed, I do not. I have not only figured out how to find the right LED light color and brightness but also how to prevent the flicker and the light time delay! Read on.

LIFX offers a bunch of LED lights designed for families that want smart, sustainable lighting. If you just need a good LED light for a table or floor lamp, the below lights will do the trick. Both lights are smart home compatible, Energy Star rated, dimmable, and no hub required. They're compatible with Alexa, Apple HomeKit and the Google Assistant.

- The incredible $49 LED light bulb. It has the capacity for 1100 lumens of brightness, but it's dimmable, so you control the light output. There's no dimmer switch necessary because you control the light color (Kelvins) and the light brightness (Lumens) using an app. You don't need the Wifi on to turn the light on and off (you can still use the switch), but you do need Wifi to adjust the color and brightness.

- This is almost the same light, but it's $24 and it doesn't give you millions of colors. It's a simple warm white light. It has a light output of up to 800 Lumens, but you can adjust the brightness using the app.

Are you ready for the best news you’ve heard all day? OK, here it is. IKEA sells a whole bunch of their most popular products on Amazon! I know. It’s the most awesome thing ever! IKEA prices, minus the IKEA lines. You’re welcome. Which brings me to my favorite $4 LED Light

How to pick the right color in Kelvins

Here's what you need to know:

How to prevent the LED light flicker

I have a personal reason for every article I write. The reason behind this one stems from the flicker coming from the recessed ceiling LED lights in my living room and bedroom. The problem is, they flicker and the light is wrong. I avoid those lights to every extent possible, despite having spent a ton of money on them. Instead, I use the IKEA and LIFX lights with my table and floor lamps.

Through my own LED light debacle, I learned a few things about how to prevent the LED flicker. The thing is, I want sustainable lighting, but I also want the light in every room to be perfect. Check out these tips to prevent flickering.

Dimming LED lights - The dimmable LED light might be connected to an incompatible dimmer switch. Not all LED lights are dimmable. If you're buying an LED light to be used with a dimmer switch, make sure it's labeled dimmable, according to "How to stop your LED lights from flickering" in The Washington Post.

Power supply problems - If the problem is not with the dimmer or an un-dimmable LED light, you might have a power supply problem that requires an electrician, according to "Your Guide To Dimmable Energy Star LED Lighting" by EnergyStar.gov.

Energy Star - Buy Energy Star labeled LED lights. They have been third-party tested to ensure they will do what they claim, according to "The light bulb revolution" by EnergyStar.gov,

Whether you buy a $4 light or a $49 light, LED lights are here to stay. By 2020, all light bulbs in the United States are required to be 60-70% more efficient than in 2007, according to the Energy Independence and Security Act. The act went into effect in 2012 when lights were required to be 30% more efficient than they were in 2007.[note]"I Hear Incandescent Light Bulbs Are Being Phased Out? Is That True?" EnergyStar.gov, accessed October 4, 2018[/note]

Home improvements and renovations are always an adventure. I hope you learned a bit about how to choose the right sustainable LED light for your home, and that you can avoid some of the problems I ran into.