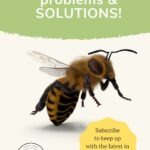 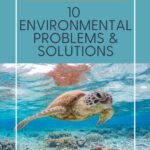 There are also a lot of voices and opinions about environmental issues. So along with basic information about environmental problems and solutions, I also offer different perspectives and further reading so you can form your own opinions. Because there are many possible environmental solutions, and not even the "experts" have all the answers. So I encourage you to keep an open mind to every option. Let's look for progress, not perfection.

There are also environmental problems like fluorinated gases that have a large impact on the climate, but not directly on our health or wealth. These problems are extra tricky because they're expensive to solve and they get little media coverage. That's why international laws and cooperation are especially important for solving the hardest problems.

Climate change is a long-term change in the average weather patterns that have come to define Earth’s local, regional and global climates."

The world has been making steady progress toward ending extreme poverty for years according to the UN. The COVID-19 crisis has reversed some of the progress. But before the virus, life was better for many people around the world than ever before in history. Now, we need to deal with the crisis and get back to making progress.

Although gender inequality is also not a direct environmental problem, solving problems like inadequate access to birth control, health services, and education has a positive impact on the economy and environment.

Education lays a foundation for vibrant lives for girls and women, their families, and their communities. It also is one of the most powerful levers available for avoiding emissions by curbing population growth. Women with more years of education have fewer and healthier children, and actively manage their reproductive health. Gender inequality is indirectly linked to environmental problems."

Fluorinated gases, like the hydrofluorocarbons (HFCs) used in refrigerators and air conditioners, are considered major contributors to climate change according to Drawdown.org. The most commonly used refrigerants have a high Global Warming Potential. The Kigali amendment to the Montreal Protocol offers a timeline for phasing out refrigerants with high Global Warming Potential, but it's essential for companies and governments to maintain their commitments.

To minimize your personal impact, make sure to properly recycle refrigerators and air conditioning units. If you're not sure how to recycle an appliance contact your local waste management company.

Fluorinated gases have a potent greenhouse effect and are widely used as refrigerants. Managing leaks and disposal of these chemicals can avoid emissions in buildings and landfills."

In 2010, the Deepwater Horizon oil rig sank in the Gulf of Mexico, making it one of the most environmentally damaging oil spills in history. The spill covered over 43,300 square miles. It killed and harmed dolphins, sea turtles, fish, and a variety of organisms (source).

The environmental problems associated with oil have many layers. Not only does an oil spill kill wildlife and fishing industries, but oil is also a fossil fuel that contributes to climate change. Although oil is a necessary source of energy in every developed and developing country today, it comes with dire environmental problems.

267.8 million tons of municipal solid waste went to landfills instead of being recycled, upcycled, composted, or used for something else in 2017, according to the EPA. That's a lot of wasted natural resources that originally came from nature, in one form or another. In a circular economy, these natural resources would not be wasted. Instead, they could be upcycled, recycled, or used to regenerate other materials.

You've probably seen images of marine life drowning in plastic pollution. Maybe you're aware of the Great Pacific Garbage Patch which is about twice the size of Texas. The people and countries with the highest income generate the most plastic waste. That's because we can afford to buy more stuff wrapped in plastic.

Plastic pollution is a major environmental problem. Plastic comes from fossil fuels, which we need to phase out, so using less plastic is important. But ultimately solving the problem of plastic pollution may come down to improving waste management technology and creating a more circular economy for plastics.

Food waste is a big environmental problem. Up to 40% of food is wasted from farm to fork to landfill according to the National Resources Defense Council. There's a lot of media coverage about how diet is related to the environment. But the majority of that coverage has to do with how individuals should eat, not how agriculture and waste management services should improve.

Instead of focusing out how individuals should change their eating habits (which is so darned hard) the answers just might lie in improving technology and holding companies to higher environmental standards. This leads me to deforestation, which is closely related to agriculture.

Deforestation is linked to many environmental problems, and the biggest problem is agriculture according to the Food and Agriculture Organization of the United States. But as mentioned earlier, asking individuals to change their eating habits is tricky. So much of what we eat comes from around the world (no matter what we eat) so we may need to change the companies, not what we eat.

Agri-businesses should meet their commitments to deforestation-free commodity chains and companies that have not made zero deforestation commitments should do so. Commodity investors should adopt business models that are environmentally and socially responsible. These actions will, in many cases, require a revision of current policies and financial incentives.

- Food and Agriculture Organization of the United Nations

Ocean acidification is one of the main problems associated with climate change. It doesn't get as much attention as other environmental problems, but it can have a major impact on ocean ecosystems.

The ocean absorbs about 30% of the carbon dioxide (CO2) that is released in the atmosphere. As levels of atmospheric CO2 increase from human activity such as burning fossil fuels (e.g., car emissions) and changing land use (e.g., deforestation), the amount of carbon dioxide absorbed by the ocean also increases.  When CO2 is absorbed by seawater, a series of chemical reactions occur resulting in the increased concentration of hydrogen ions. This process has far reaching implications for the ocean and the creatures that live there.

The UN Sustainable Development Goals offer the best possible framework for dealing with most of the problems listed above. These are the 17 goals that almost all countries have agreed to.

Green innovation may be the most important environmental solution. People around the world are working on new technologies and solutions that could revolutionize the way we look at energy and waste. We haven't scratched the surface yet on how humanity will solve these problems. But there's no time to waste, and we need governments and companies to invest in research and development.

One step is to lay the foundation for innovation by drastically increasing government funding for research on clean energy solutions. Right now, the world spends only a few billion dollars a year on researching early-stage ideas for zero-carbon energy. It should be investing two or three times that much."

Read: We need clean-energy innovation and lots of it

There are several different forms of clean and renewable energy. Solar, wind, and hydro energy are considered renewable energy sources. Nuclear energy, a non-renewable source of energy that contributes little to climate change, is an example of clean energy.

You may have read statements from economists like former Federal Reserve Chairmen Ben Bernanke, Alan Greenspan, Janet Yellen, and Paul Volcker in support of a carbon tax. That's because pollution and emissions are considered negative externalities.

By correcting a well-known market failure, a carbon tax will send a powerful price signal that harnesses the invisible hand of the marketplace to steer economic actors towards a low-carbon future.”

- Statement by economists posted in the Wall Street Journal

Conserving the natural resources we already have is one important environmental solution. The strategies below help individuals and companies conserve resources:

Carbon capture and sequestration (CCS) removes carbon dioxide
from the atmosphere and stores it in the soil, trees, plants, or underground. CCS is considered one way to mitigate climate change.

Geoengineering is the deliberate large-scale intervention in the Earth’s natural systems to counteract climate change.

There are also companies that will sequester carbon for you.

Some businesses, like Patagonia, Interface, and IKEA, have built sustainability and resilience into the core of their companies. Others have fought against sustainability by lawyering up, using loopholes, and lying about the damage their businesses create. If we want environmental solutions, we need to support companies with sustainable business models that support progress. If you're interested in learning more about what businesses and consumers can do, here are a few places to start:

Our homes use a lot of energy to run our dishwashers, washer and dryers and HVAC systems. And let's not forget about all the energy we use charging our computers and watching TV. It adds up. But instead of turning off our devices, it's possible to build more efficient homes that waste less energy and use cleaner energy sources. Although we have a long way toward making most homes sustainable, here are a few environmental solutions related to homes.

As mentioned earlier, the UN Sustainable Development Goals offer a framework for solving most environmental problems. If you're interested in learning more about the environmental movement, here are a few places to start.

If you're interested in buying better products, consider looking for products with these certifications.

If you're interested in lowering your family's environmental footprint at home, this site is for you. Here you'll find environmental solutions that are easy to implement. Learn how to green your home, lower your dependence on fossil fuels, and use products and materials that are better for your family and the planet.

Subscribe to the simple sustainability newsletter to get started →